As Balnarring preschool developed the Learning and Living with nature philosophy and the children where connecting with nature every week the importance of including First Peoples perspectives strengthened.
Over the past eight years Balnarring pre-school has prioritised and intentionally included First Peoples perspectives within the philosophy and the curriculum development of all programs.
We came to understand that as non – indigenous teachers reconciliation was our responsibility and the history of the First Peoples is all our history. Australia is not a young country. First Peoples ways of knowing and doing now support deeper connections with our identities, and relationships each other, First Peoples, the Land, sky, waterways and creatures
To respectfully and authentically include First Peoples perspectives in the program the teaching team recognised their lack of knowledge and understanding. We sought professional development opportunities through conferences and workshops, and invited indigenous consultants to work with the team at the centre. After any years the team’s confidence has increased to be able to respectfully include First Peoples perspectives which includes dance, song, art, stories, language and connection to Country within every day practices. The team are very aware that their learning is ongoing.
The Bundjil Nest Project began in 2014 when an invitation was extended to the Balnarring Primary School and Early Learning Centre. Representatives from these services formed the Bundjil Nest Project team. In 2017 St Joseph’s Catholic school and Kinder Care family day care also joined the project. Together we learn develop our knowledge of First peoples Cultures and discuss how to share what we learn with the children and families.
Professional learning, intentional teaching opportunities and community events have included:
• The team meet twice a term to discuss the yearly plan
• We have applied for grants to support the project activities
• Information days have been held at the local shopping village which inform the community of the work we are doing and provide them with opportunities to ask questions
• Each year a joint day of learning is planned that involves the children accessing workshops with First Peoples. The children learn songs, dances, language, stories and participate in art projects. Elders have worked with the children in each of the services sharing stories
• The team has raised funds to create three sculptures which have been placed in Robertson’s Park at Balnarring beach
1/ Bundjil’s Nest – leaves that make up the nest were designed by 225 children, each leaf has a child’s name on it (2015)
2/ Bundjil flying over the nest. All the children worked with artist, Christabel Wigley, which led to the her sculpting Bundjil to fly over the nest (2017) 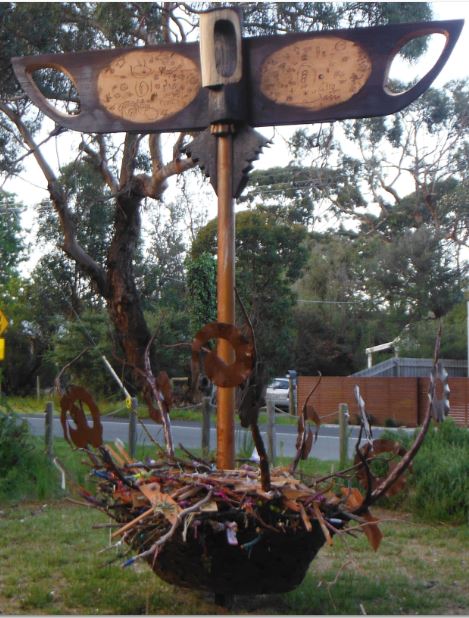 3/Waang (black crow). Waang protects the waterways. The children learnt about the impact rubbish has on the environment. We collected soft plastics and had them made into planks of recycled plastic material. The children worked with artist Emma Davies was inspired by the children’s creations making 10 waang sculptures from the plastic planks. (2019) 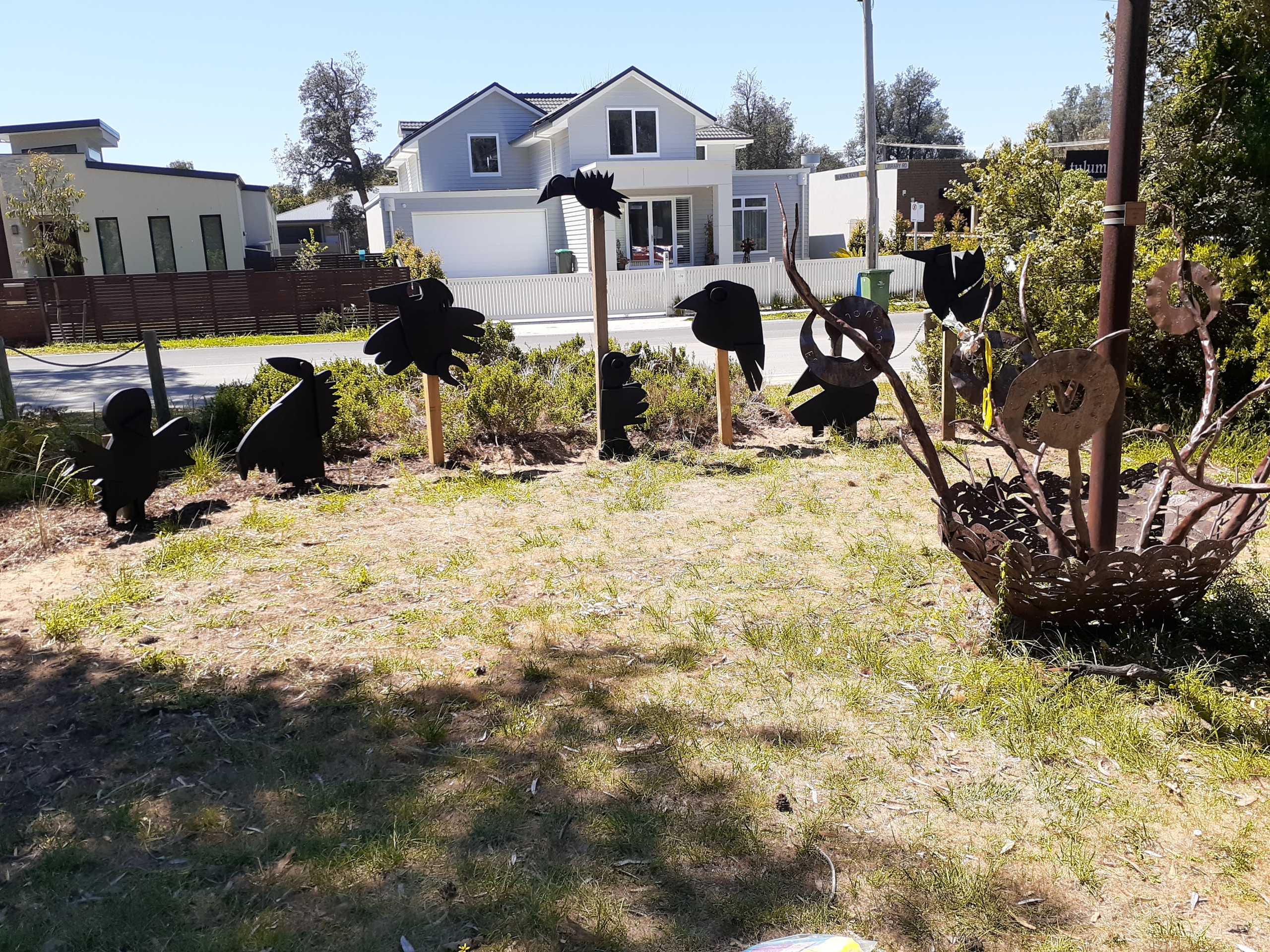 • For three years, in November, a community event was held at Bundjil’s Nest to celebrate First Peoples cultures and the achievements of the Bundjil Nest Project.
• In 2017 N’Arwee’t Carolyn Briggs, Boon Wurrung Elder commented on how the community are embracing learning about First Peoples stories and that we should organise a festival. This was too much for the project team so we invited community members to form a festival committee. In March 2020 we ran our third full day festival – Womindjeka Balnarring Ngargee. The festival provides a free day of entertainment, cultural workshops, children’s activities, food stall sand craft market. The festival has bought First Peoples culture to Balnarring.
• 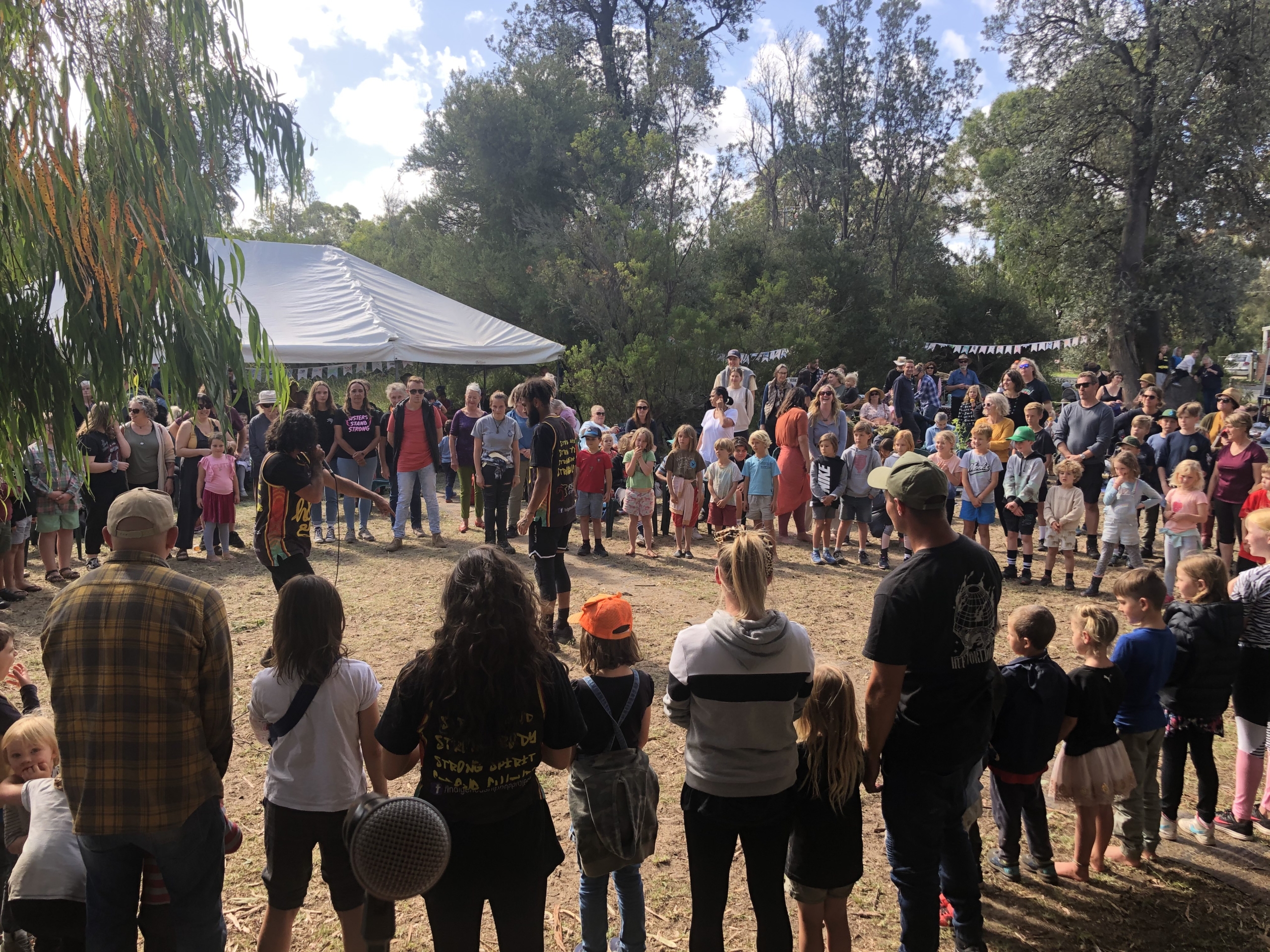 The team have organised three conferences that have elevated First Peoples voices and provided over 150 teachers learning opportunities that would increase their security to embed First Peoples perspectives.
The development of this project has provided Balnarring teaching team with the opportunity to share what we have achieved hoping it may inspire other teachers to learn about First Peoples cultures. We believe it is very important that all children in early childhood services and schools have the opportunity to learn that our Australian history is over 50,000 years old and celebrate First Peoples cultures.
By sharing our learning and demonstrating leadership within the early childhood field, we hope we will encourage others to include First Peoples perspectives into their programs. If teachers are more confident and First Peoples cultures are visible throughout services then we may be able to increase the number of Indigenous children enrolled in our services providing them with a solid foundation for their education. 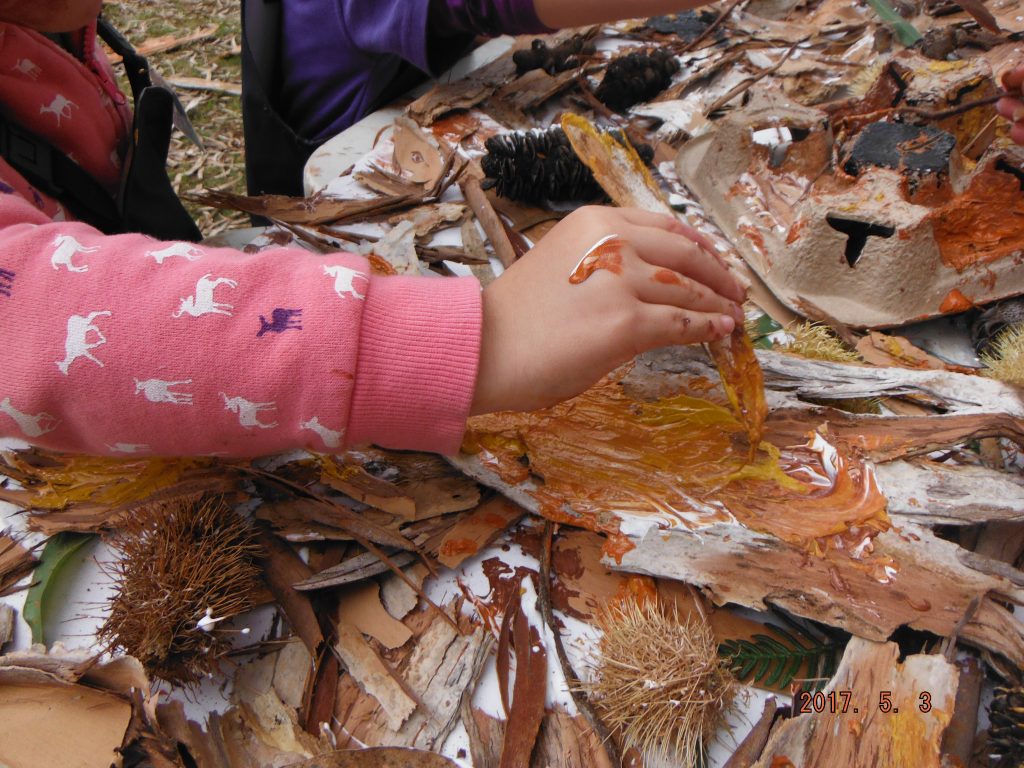 The nests contains sticks placed by the community. Each stick holds a message of hope and inspiration to the land and the children

Quotes from families about the project

“For me it connects me with my children – through the stories, words language and experiences that they experience and that we experience as a family. My children ‘think’ and feel’ in Boon Wurrung language”

Third Community Event. Display of the drawings the children produced after working with Christabel